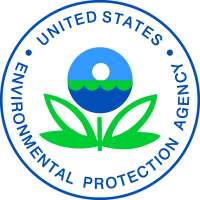 The primary revisions are designed to clarify that a “major source” can be reclassified as an “area source” at any time by reducing its HAP emissions and potential to emit (PTE) below the major source thresholds (MST) of ten tons per year of a single HAP and 25 tons per year of any combination of HAPs. The rule also includes amendments to establish compliance dates, notification and recordkeeping requirements for major sources that opt to reclassify as an area source as well as sources that revert back to a major source classification. The rule reverses EPA’s previous policy, referred to as “Once In, Always In,” where a source was required to permanently comply with a major source standard if it qualified as a major source on the first compliance date of an applicable NESAHP.

In addition to changes to the General Provisions, the rule also includes minor revisions to numerous subparts to 40 CFR Part 63. The rule becomes effective on January 19, 2021. A copy of the rule can be found here.